Entry #7: Facebook Woes, The End of Summer, and Catching the Sun


This morning, I caught the sun.

I even have proof of it.

But let me explain how I even got to this point.

I have three days left of summer. Three. And Sunday hardly even counts because, well, it's a Sunday. So anyway, it's the end of summer, three days away from the last first day as an undergraduate, and I'm up late thinking about the people in my life.

So I decide to open the Facebook app on my phone and stalk those people (mostly because I miss them and I want to see what they've been up to without actually asking them). After an hour of doing so, I find myself stuck on one particular page. I was thumb deep, like 2010 deep. And then, as these things usually happen in my life, I accidentally like a post on the page. It wouldn't have been so terrible, but this person and I haven't really spoken in awhile (which is weird for us--but that's a different story) and it was a post that one of his friends placed on his Facebook wall with inappropriate words in it, and it was awkward. It had nothing to do with me.

I accidentally liked it. My heart raced. I unliked it. But my thumb re-tapped it. I unliked it again. I felt like I might puke. I almost did. I exited out of the app and cursed wifi.

He and whoever she was would definitely receive a notification. No doubt about it.

I was embarrassed. It was almost two in the morning and I couldn't live with the guilt. Crap, I thought. He knows I've been on his page!

What was I supposed to do?! I couldn't sleep at that point. And the cat I was with wasn't very simpatico. I prayed that God would take favor on me, and somehow, the notification wouldn't be there anymore. But Facebook is notorious for notifications. It's the reason it even exists--well, not really, stalking your friends is the reason it exists.

So in the midst of my freak out, I decided to see the sun rise.
I thought, you know what, if I'm going to beat myself up about this one, I better even it out with something I've never done before. The thing is, no one told me that a sunrise is just a reverse sunset.

Not that it wasn't cool, it was breathtaking.

But it reminded me of those people again, him, in particular. It reminded me of our friendship and how it was currently non-existent. We'd somehow become that friendship that the both of us hated. We were ignoring each other instead of facing whatever it was that bothered us. We had spent many moon-rises together, and here I was, catching the sun, but praying for a sunset I'd already seen before, praying for a sunset where him and I were still in a friendship that mattered.

And still, so vividly, I can see us, under the stars, at the barnshow, with me asking: "Will you be my friend again?" And you saying yes, and smiling at me like I was ridiculous. Because I was. I am.

Though it was only three months ago, and we're still a couple of twenty-year-olds, and we fixed things just to break them, I so eagerly want to ask you to be my friend again. But I can't. It might not be how it was. And I'll forever be another face in the crowd, singing along to the prodigious lyrics you wrote. And you'll stumble upon a new wishing well where you'll spend all your time throwing in prayers and brown coins.

To see the video that encouraged me to stalk my late friend on the FB, click here.

Posted by Britney Lewis at 8:19 AM No comments:


The end of school is finally upon me, and it is utterly amazing.

This last week I've actually been moving. (I'll post a picture once I'm all settled, and I'll give a tour.)
This is my first experience living on my own.

It's possible I'll have a roommate in the near future, she's quite awesome, but right now, it's just me. 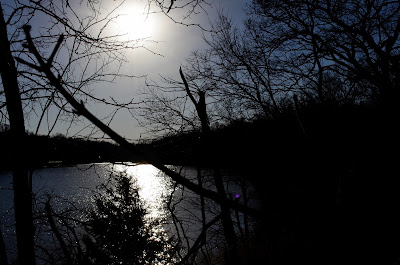 There are no lions, tigers, or bears. (Not in the Midwest . . . maybe mountain lions, oh, and coyotes.) But there is a plethora of creepy crawlers--which is enough to keep me awake in the wee hours of the night.

I've been reading again, which just so happens to be the best feeling ever. Once I'm completely settled, I'll start writing again. My main character, Noah, has found himself settled on the outskirts of my mind. He's been hiking around up there, hoping that I'll eventually hear him out enough to write all of his thoughts down.

With the summer comes a long internship, many campers, and probably a few tick bites.
I'm sure I'll encounter hardships along the way that will bring on tears as well.
For it seems like I'm always crying these days. . . . . I'll make it through.

I'm trying to hold onto this promise that brought me here in the first place. I swear, I feel it slipping away from me, though.
The words that were once so clear seem muted. And I know this promise doesn't entail all good things, but part of me still hopes that it does.

And I hope that I can mend things with my dear friend, my labyrinth.

I guess I'll go ahead and wrap things up before I get too mushy.
Below is a poem I read today by the great Robert Frost:


Lovers, forget your love,
And list to the love of these,
She a window flower,
And he a winter breeze.
When the frosty window veil
Was melted down at noon,
And the caged yellow bird
Hung over her in tune,
He marked her though the pane,
He could not help but mark,
And only passed her by
To come again at dark.
He was a winter wind,
Concerned with ice and snow,
Dead weeds and unmated birds,
And little of love could know.
But he signed upon the sill,
He gave the sash a shake,
As witness all within
Who lay that night awake.
Perchange he half prevailed
To win her for the flight
From the firelight looking-glass
And warm stove-window light.
But the flower leaned aside
And thought of naught to say,
And morning found the breeze
A hundred miles away.

Posted by Britney Lewis at 3:35 PM No comments: 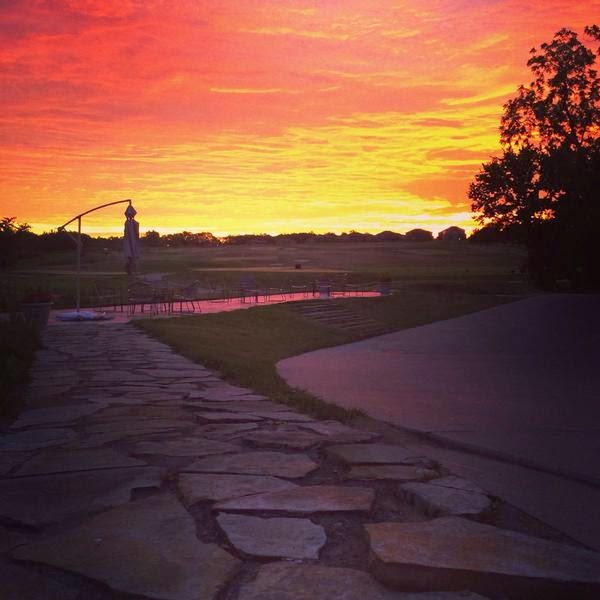 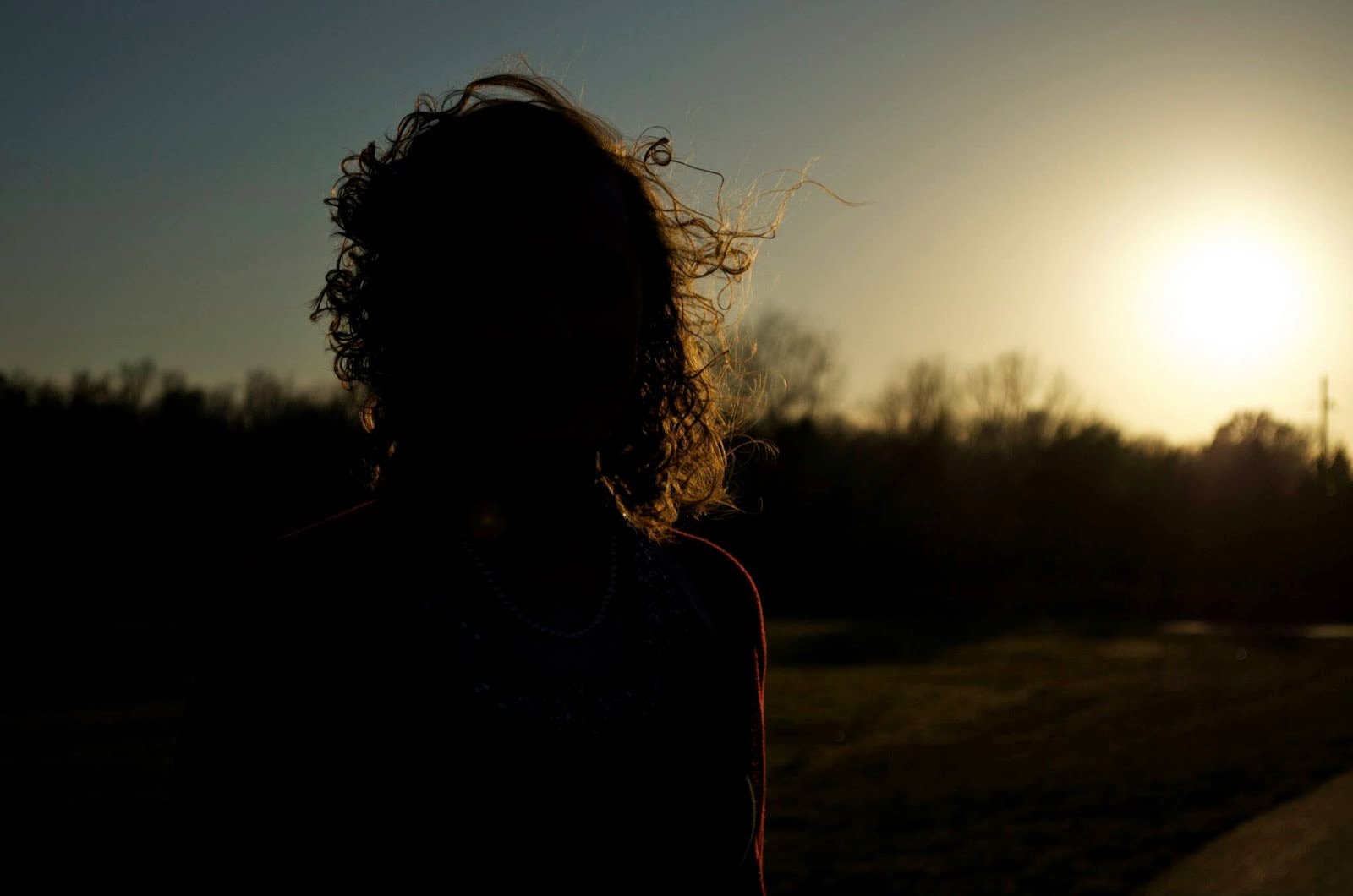 When love creates a division from within. 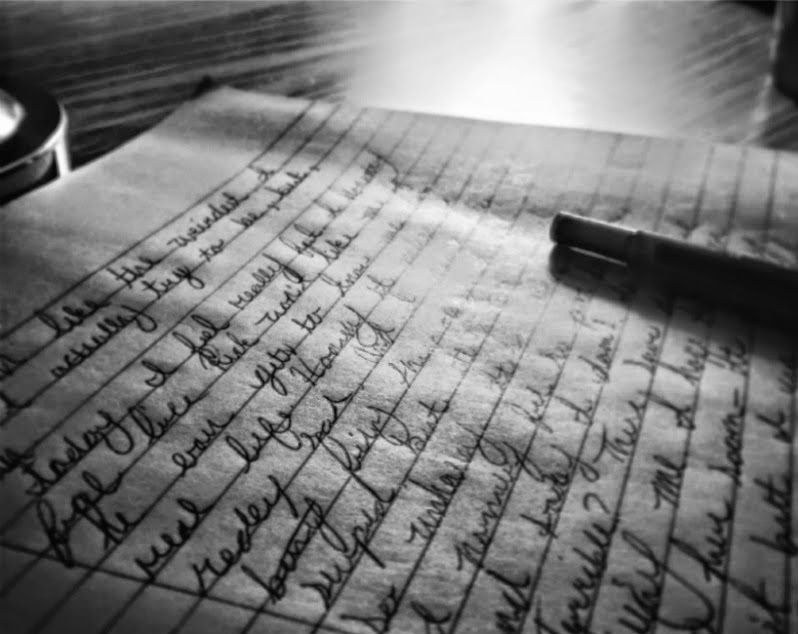 For writers who want insight.